During my time in the Land of Shum I attended weddings, conducted weddings, played music at weddings and got married. I know people who, like myself, spent years not getting married because it implied getting permission to live your life, but then changed their minds for one reason or another and got legally married with or without ceremony, secretly or not. Many people live together for decades, buy land, build houses, have children and joint bank accounts and would be married by common law in any state but California, but never marry legally. Below, photos of weddings that had ceremonies, legal status unknown. 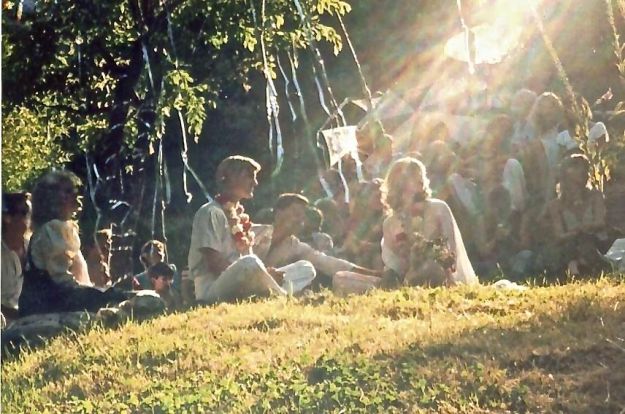 More or less Buddhist ceremony in the husband’s mother’s back yard. 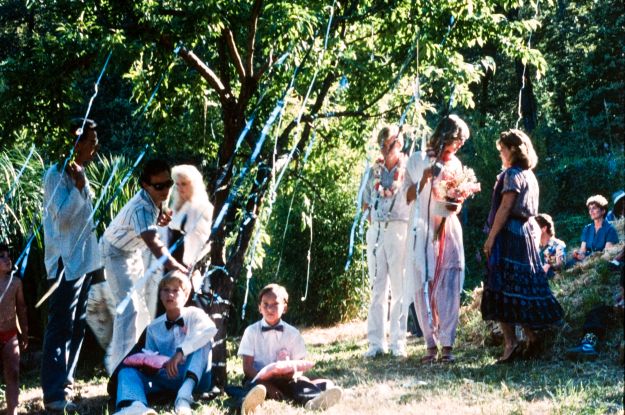 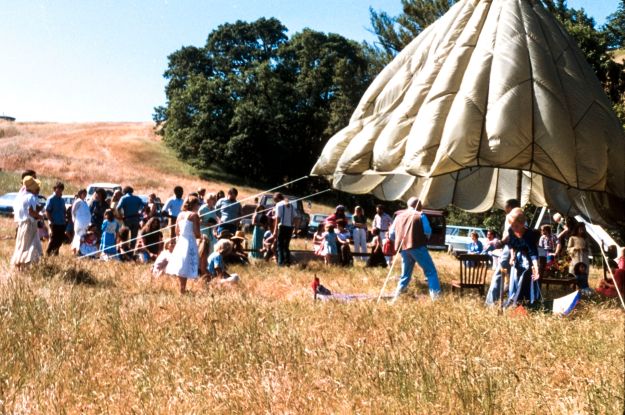 A parachute makes a shaded spot for a summer wedding at Beginnings. 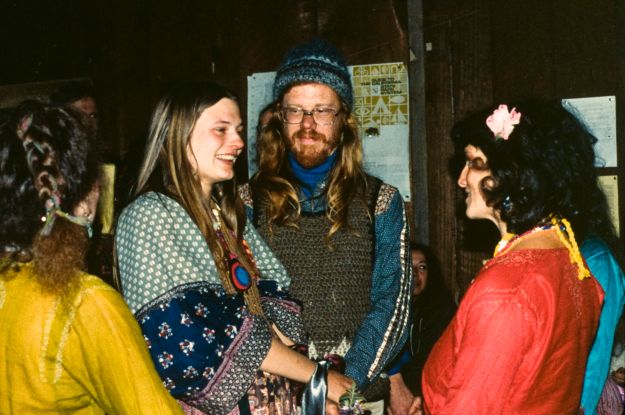 A sort of a Wiccan ceremony. 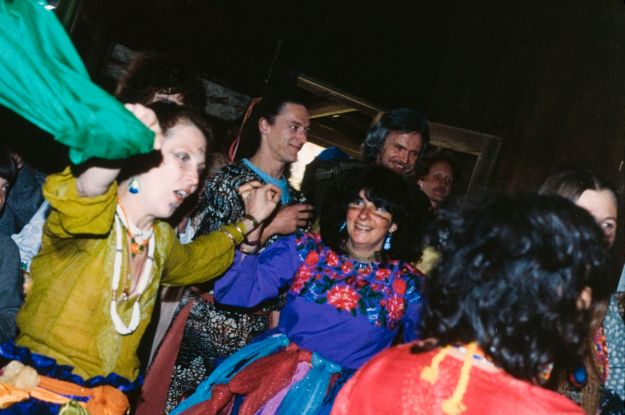 Dancing is part of the ceremony. 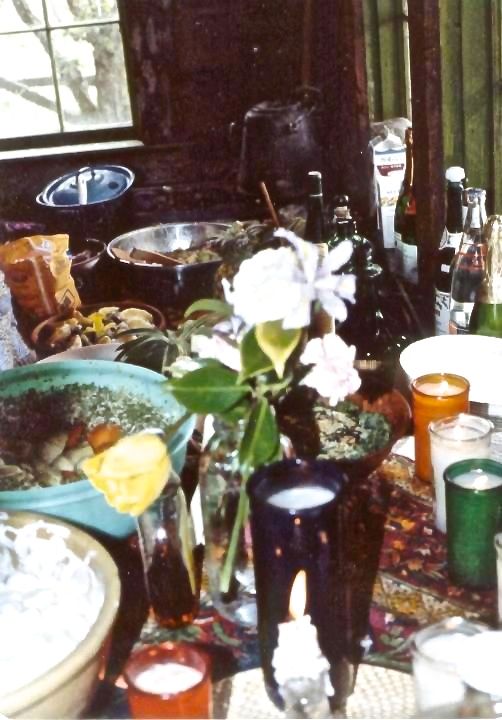 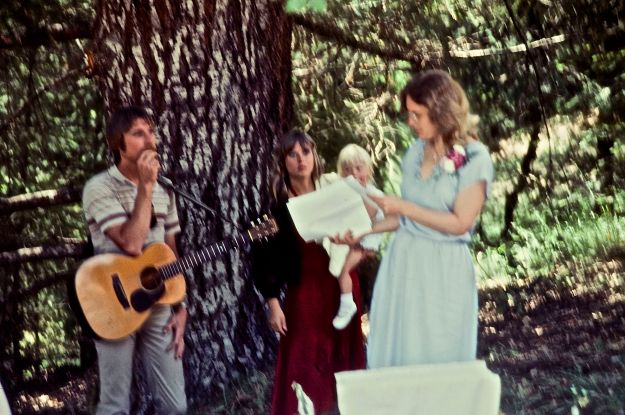 The Universal Life Church Minister checks over the ceremony written by the bride and groom, while the musicians get in the mood. They are a married couple, members of the groom’s former band. She sang the song I chose, Jean Ritchie’s “Sorrow in the Wind” (much more hopeful than the title.) The Universal Life Church is an organization that provides mail order ordinations. Many Shummians, including myself,  got them specifically to be able to perform legal weddings before the law changed in California enabling anyone to conduct a legal wedding if they do the paperwork. This wedding is in fact mine. It took place under a huge fir tree on our land, our house having not yet been built. The minister is a Hindu, but was pleased to conduct a service I adapted from an ancient Episcopalian prayer book I came across while working as an archivist at WSU Library. Instead of saying “I do” Episcopalians evidently say “I will” which I adapted to “I will try.” (My husband and I were realists and had been married before.) We threw out all references to God and anyone obeying anyone and a huge chunk about Christ and the church, but we retained “with all my worldly goods I thee endow,” which both of us said. Much of the ceremony consisted of the Matron of Honor reading sections from Kahlil Gibran’s “The Prophet,” on love, marriage and children. 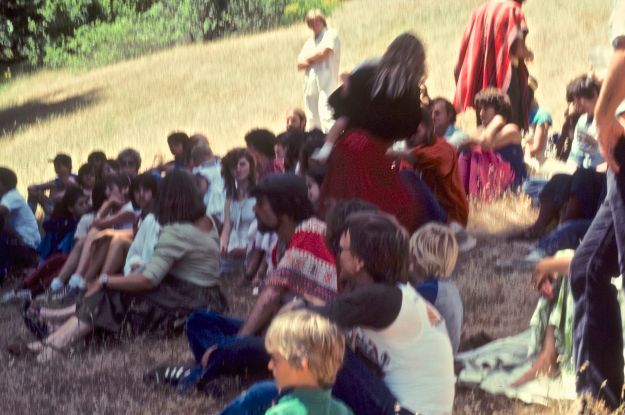 Guests at my wedding wait in the shade for the ceremony to begin. The bride and bridesmaids could be heard approaching from a distance, led by the drummer from the bellydance troupe for which the bride and groom were musicians. I modeled that on wedding processions among peoples of the Himalayas, wherein the bride’s procession can be heard coming for hours, the drums echoing through the mountains. Ours only lasted 10 minutes. After the ceremony, everyone adjourned to the Beginnings Octagon for a long potluck reception that included dancing and a hot tub.

The deed is done. I celebrate with a bridesmaid before leaving for the reception at Beginnings. My dress was purchased at the Salvation Army Thrift Store in Fortuna. The veil I bought new at a fabric store and sewed onto some antique lace I had, think I got that out of a free box. The pearls are fake, the champagne was not the very best, the glasses were plastic cups. My bridesmaids, aside from my 12 year old daughter, were all single women I greatly admire. I told this one if I ever did anything after marriage that made her worry about me and my freedom, let me know immediately and it turned out that she did, to my great advantage. I told my bridesmaids to wear whatever made them feel good and bought them each an orchid for their hair. The groom chose the same number of groomsmen, all of whom wore jeans and their favorite shirt. The marriage only lasted 6 years but the wedding was a hell of a good party. 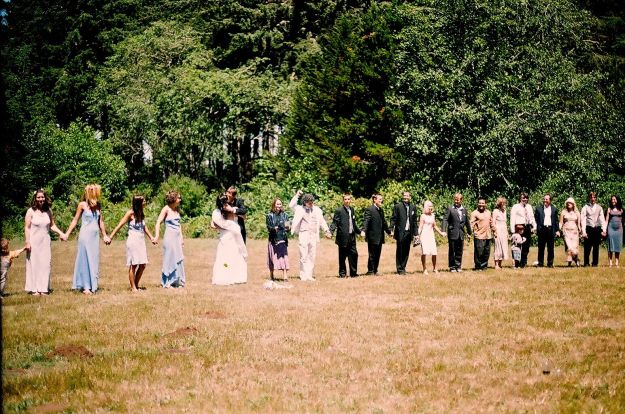 A son of Shum has a more traditional ceremony at Patrick’s Point State Park in the northern part of the county. Here, guests form a gigantic blessing circle that includes the bride and groom (four from the left not counting the child) after the actual ceremony. That took place at “Wedding Rock”, a huge rock sticking out into the ocean with a viewing platform and railings. It could only accommodate about 20 people, so only nearest friends and family were present for that part. An outdoor reception and this circle took place in a nearby mowed meadow and included musical performances by the couple’s friends. 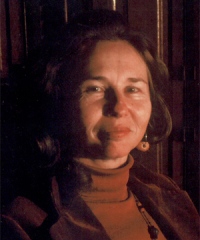 Documentation, stories and comments about the history of "back-to-the-landers" in southern Humboldt County by a longtime resident and anthropologist who lived it. Background material to the book Beyond Counterculture: the community of Mateel.